Haryanvis are known for the simplicity in their taste and this is reflected in their food habits which are simple yet mouthwatering. Most of the local cuisine across the state is inspired from typical Punjabi gourmet as Haryana has huge populace of Punjabis residing in the entire state. The eating habits of people in Panipat are also quite varied similar to its culture.

Though the city is on the path of modernization, yet it is still affixed to its traditions. As such, the food of Panipat basically comprises of Bajra or Gram flour and loaves made from them. For the foodies, city has trendy restaurants which are hugely complemented by the roadside dhabas of Panipat. 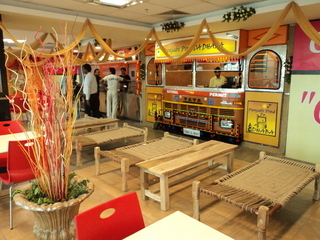 There are many awesome dhabas in Panipat presenting the ethnic cuisines of this region. These dhabas are located on the outskirts and also inside the main city. They are the perfect hangouts if you prefer the authentic tastes of this land. The Punjabi delicacies like Rajma with Boiled Rice, Chholey- Bhature, and the typical Punjabi platter can be enjoyed in these dhabas of Panipat.

For non- vegans too, these dhabas have a wide varieties of finger licking dishes of chicken. Interestingly, most popular roadside dhabas in Panipat like Joginder Dhaba and Rasoi Dhaba along with other famous dhabas can be located on and along G T Road which is always thronged by foodies.

The local fervor of Panipat and its Haryanvi influence has not restricted the varieties of savories for the fast food savvy generation of this city. All leading fast food joints like pizza Hut, McDonalds, and Dominos have their restaurants in Panipat to serve the sumptuous varieties of pizza, burger, and pastas to its younger population. 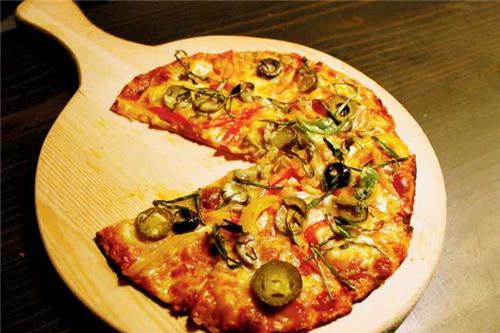 The city of Paipat is visited by many business travelers and tourists alike. To serve their food needs along with the locals of city, there are numerous quality restaurants in Panipat. Many of these famous restaurants are located in Model Town area. The popular food joints of Panipat include Grand Plaza, Wah ji Wah Restaurant, Gold Rush, Green Bowl Restaurant, Bikanerwala, Haldiram’s, and Sindhi Punjabi Dhaba. These restaurants offer both vegan and non vegan cuisines to satiate the appetite of avid foodies visiting them. 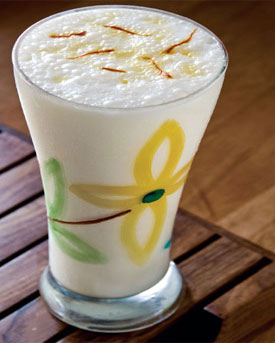 These beverages are tasty, healthy, and absolutely refreshing to give respite from hot weather of this region. Winters are welcomed with brewing cup of Simple tea and Masala Tea.

Numerous varieties of Sherbat are available here for rejuvenating your senses.

Panipat has a mixed population hailing from all parts of North India. This has large impact on its food as well. Mostly you can find spicy and mouthwatering Punjabi cuisine in this city along with typical Haryanvi food. These include loaves made from Bajra, Makka, Jau, and Bejhar which is a mixture of Gram and Barley. Also Bajre ki Khichdi (Porridge) is quite common meal in Panipat. It reflects the simplicity in food habits of this city which is known for its simple and delectable cuisine.

But the most commonly found specialty dish of Panipat is Saag. It is a pure veggie preparation spruced up by intelligent mix of traditional spices and fresh leafy vegetables. It is healthy, wholesome, and tasty as well. Most of the dhabas and restaurants in Panipat serve the varieties of Saag. Sarson ka Saag is the most popular Saag offered here with delicious Makke ki Roti.