Panipat is one of the fastest growing industrial cities in Northern India. The potential of this city is tapped by leading conglomerates that identified it and grabbed the opportunity to steer their progression from here. Over the years, Panipat has been developed manifold due to presence of huge industries along with its handloom industries that can be rightly termed as the lifeline of Panipat. 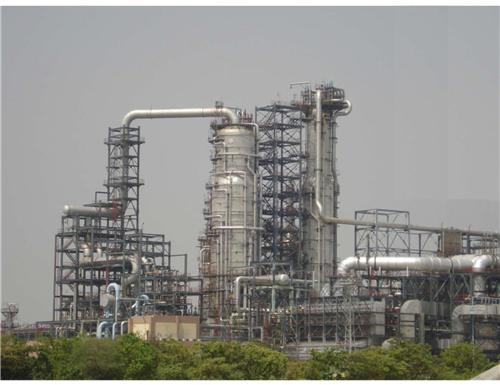 The entire district of Panipat with its two sub divisions at Israna and Samalkha is known for the industries that emanate the smoke of development in this part of Haryana. The city boasts of around 12000 small units including its handloom and textile units as well as some medium to large scale industries. Panipat has really moved ahead of its forlorn history tied into three blood bathed battles due to these industries that have changed the face of this historic city completely.

Among its large scale industries, Indian Oil Refinery or Panipat Refinery is the most prominent one. Being established in 1998, it is the seventh refinery of IOC in the country. It started with investment of Rs. 3868 crores and production capacity of 6 MMTPA. Panipat Refinery is highly reputed as it is an ultra modern facility which is also the largest petrochemicals plant in entire South Asia. This Indian Oil Corporation refinery caters to the needs of Haryana as well as other states like Himachal Pradesh, Punjab, Uttaranchal, J&K, and some parts of Delhi and Rajasthan. 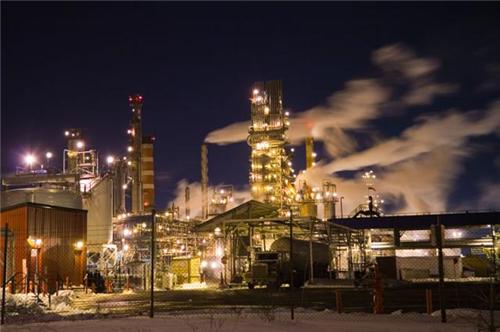 Panipat Refinery is equipped with latest technologies to process both indigenous and imported crude oils. The global technologies for setting up this unit were fetched from IFP France, Haldor-Topsoe Denmark, UOP USA, Stone & Webster USA, Delta Hudson-Canada, ABB Luumas and Dupont USA. The refinery has an advanced communication system within its facility. It receives its quota of crude oil from Vadinar while it supplies crudes to Mathura and Koyali refineries of Indian Oil.

The transportation of all petroleum products from this refinery is done through eco friendly methods using rail and road transport. The Refinery has been revamped with major shift in its capacity from 12 MMT per year to 15 MMT per year. With this huge capacity, the refinery is operating above its capacity since last four years.

Apart from its crude refining units, Panipat refinery is also having some other processing units which include its DHDS or Diesel Hydro Desulphurisation Unit that was set up in 1999 in order to enhance the diesel quality. Other secondary processing units of this refinery are:

LPG is the main product of this refinery and this is directly supplied to Indian Oil’s bottling plant at Kohand. The supply is pumped through a dedicated pipeline to this plant for bulk dispatches to other parts of the country.

It also produces Paraxylene and PTA along with other products like Ethylene and Propylene and their polymers. It exclusively produces sub zero diesel and 96 RON petrol to be supplied to Indian Army.

The refinery holds several quality certificates to ensure the high quality of all its products. These certifications are granted by DNV and they include ISO 9002, ISO 14001, and OHSAS 18001. It is also an eco friendly refinery having green belt on its outskirts. It has nil effluent gaseous discharge as well. It has followed all Euro III and IV norms to build up its position as the most significant producer of low Sulphur diesel.

By employing lowest manpower as compared to other refineries, it has high production capacity which makes it one of the top most refining units in India.