Panipat is one of historical places situated on the banks of River Yamuna. Panipat being witness to most significant battles chronology, there are some impressive places built as remembrance of these wars. Naturally it’s the victorious, who wrote the history. Hence after the first battle of Panipat between Babur and Ibrahim Lodhi, Babur came out winning the battle and to commemorate his victory over Ibrahim Lodhi, built fabulous Kabuli Bagh Mosque. So Kabuli bagh Mosque symbolizes the victory of Babur over his uncle Ibrahim Lodhi.

Kabuli Bagh Mosque has its name derived from the name of Babur’s wife Mussammat Kabuli Begam. 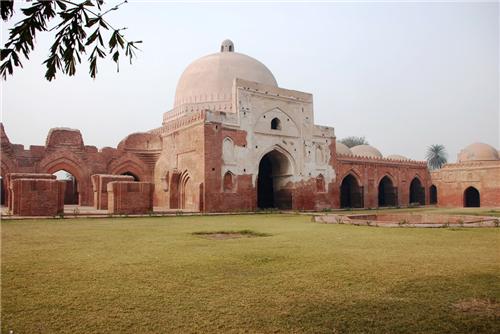 Kabuli bagh is a splendid piece of architecture showcasing the artistic design of Mughal architecture. It was built during the year 1526 just after the first battle of panipat. This Mosque is visited regularly by the devotees who perform prayers at this place. Some of the legends say that this is the original Babri Masjid. The architecture of this monument is called as Timurid architecture which is close to central Asian typology. In terms of chronology, this place has high stage for the research and survey of history. 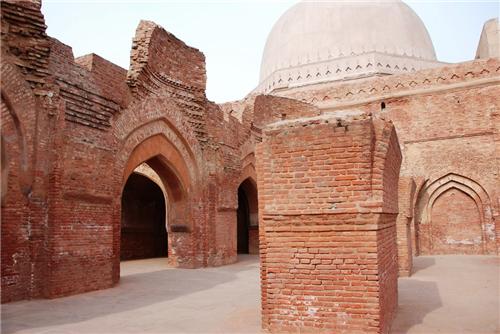 In this mosque, there are two chambers fringing it from both sides and also the parapet has Persian inscriptions engraved on them. The Main hall of this mosque is built with lime and has annexes on sides and a high panelized façade.

Kabuli bagh Mosque is surrounded by beautiful four quarter gardens. It is believed that Babur was fond of gardens and he always loved to incept a bagh along the monuments he constructed. Here also he developed beautiful garden around the mosque. The garden was beautifully designed and fringed by beautiful plants and trees. Its artistic design soothes the onlookers who feel complete peace of mind in this vicinity. The garden is completely covered with green grass scattered on the large landscape area. Many tourists from all around the world come to this place to see the majestic architecture of Mughal Era and this is the first monument built by Babur who established Mughals in India. After that many monuments were built by Mughals but this monument always kept spiritual value to them in form of their first victory in India. 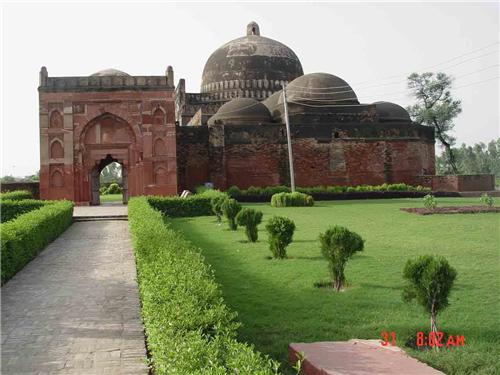 Later, there were more developments taken place with the next generations of Mughal Emperor. When Humayun defeated Salim Shah in a battle near Panipat, he incepted one platform near this splendid place in form of chabutara with slab written with Fateh Mubarak which denotes appraisal for victory in war. It was built during the period of 1527 AD. This platform is later called as Chabutra E Fateh Mubarak by the people of Panipat.

How to reach Kabuli Bagh 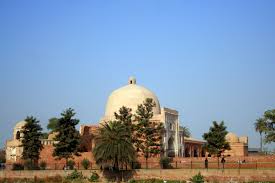 Kabuli Bagh Mosque is situated just 2 km away from the main city. Hence, people can hire auto rickshaw or take private taxi to reach the venue.

Travelers have to take Sanoli road to reach with their private vehicles. It is easy to locate from any part of Panipat and approach Kabuli Bagh Mosque.