In the list of infrastructural developments taking place in Panipat, the six-lane elevated expressway running through the heart of city deserves a special mention. This expressway called Panipat Elevated Expressway Project was opened to public in June 2008 and is a landmark completed much before the stipulated time. It is 10 km long and runs on the National Highway 1 to bring down the time for driving on this stretch by 40 minutes. This expressway was constructed with a view to lessen the burden of traffic felt on busy Delhi - Amritsar Road. 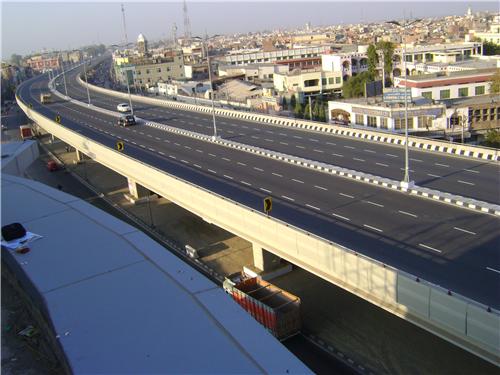 It is a project that was completed in 28 months and provided the people a much desired respite from bustling traffic along the NH 1. This is an important highway of India connecting the major cities like Delhi, Ambala, Ludhiana, Panipat, and Amritsar. It leads up to the historic Wagah Border. In its entire course, this expressway suffered with heaviest congestion at the stretch of Delhi to Amritsar as the industries in Panipat and its local traffic posed impediments to smooth running of heavy vehicles and increased their time of reaching at desired destinations. This expressway was constructed with a cost of Rs. 325 crores and has 60, 000 vehicles using it between Delhi and Amritsar. 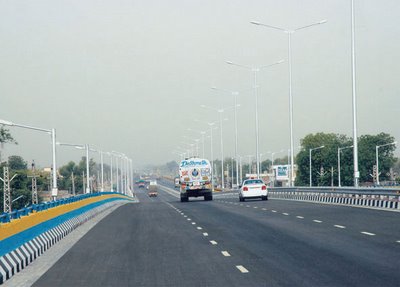 On National Highway-1 between the stretch of 86 and 96 km, this elevated expressway is constructed. This portion passes through Panipat and has an elevation which is 3.6 km long.

This access controlled expressway also has a two lane peripheral road to decongest the city roads. It has paved shoulders along with two under passes and an over-bridge.


About the Project Developer

This project has been designed and delivered by L&T Panipat Elevated Corridor limited or L&T PECL. This is a SPV (Special Purpose Vehicle) initiated to realize this ambitious project of NHAI. It is a Built- Operate- Transfer (BOT) kind of project given for a concession period of 20 years inclusive of the construction phase along with design, engineering, finance, and maintenance of this expressway. The construction wing of this company showed exemplary efficiency to complete it six months ahead of its scheduled completion in January 2009.

This largest engineering conglomerate of the country has created a benchmark with speedy finish of this project. This success is attributed to the proper planning of this entire project along with utilization of latest construction techniques like utility transfer, precast deck planks, girders, and parapets. 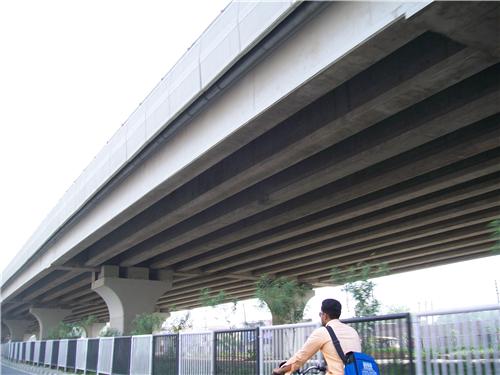 The flyover of this expressway runs for a distance of 3.6 km making it the longest flyover in the country. It is an engineering excellence constructed with advanced technology and innovative techniques. This flyover has 1282 piles installed in its base with rotary drilling rig. The two parallel elevated dual carriageways of 100 spans measuring 31m are made from 6 precast ‘I’ girders which were transported from a nearby casting yard. To erect these girders weighing 45 tonnes each, heavy lift cranes and gantries were used. These girders were also cross connected using diaphragm laid on two pot PTFE bearings at pier locations. 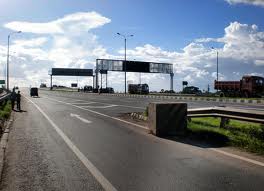 This is the first flyover in India which is built using precast deck slab panels. These panels along with cast in - situ deck slabs are the load bearing portions of this elevation.

Modular type expansion joints were positioned in this expressway along with RE Wall technology along 4040 km for a smoother ride for vehicles.

This entire methodology facilitated the developer to complete this project as cost effective and much before schedule.

The entire stretch of this expressway has flexible roads to facilitate their conversion from 4 lanes into 6 lanes. Crust thickness of this road is minimum 695 mm. Though, at the toll plaza, inflexible pavements are constructed. 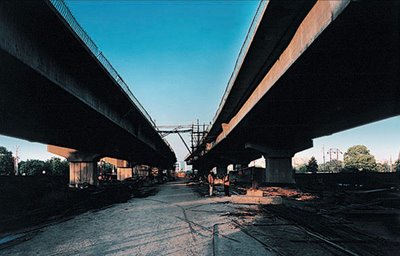 On the main carriageways, there is a peripheral road on both sides. To interconnect these roads, three under passes are constructed at distance of 87.3, 91.9, and 93.6 km exact with a vertical clearance of 5.5 m. There is a 20 m span on this carriageway including a median and footpath on both sides.

The street light poles on this expressway are imported from Malaysia to ensure proper lighting as well as beautification of its entire stretch. They are twisted and decorative poles having bird wings. Trees are planted at regular distances. The median section of project has low heighted shrubs planted.

This expressway has 10 culverts including 7 boxes, 2 pipes, and 1 slab. There are also two minor bridges on it.

On site management of traffic on Panipat Elevated Expressway

L&T is also credited with implementation of an effective traffic management system on this expressway. Right from the start of this mega project, they had to face challenges imposed by assorted traffic of the city. The flow of this traffic increased with progression of this project which made it even more difficult. But the efforts of this company did not go unnoticed and they were highly praised by administration and citizens alike. It ensured the smooth functioning of traffic without any congestion much for the relief of people.

At CH: 94.775, there is a 20- lane Toll Plaza which is ingrained with advanced facilities and equipments imported from various European nations. Local vehicles can use smart card and automated vehicle classification on this toll. Also, there is rigid pavement, proper lighting system, and safety arrangements on this Toll Plaza. 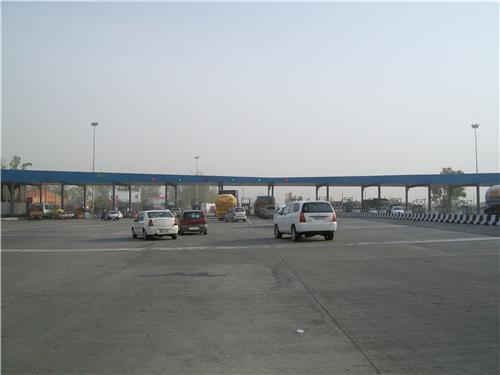 With the completion of this flyover, the purpose behind its construction is also met. It has put an end to long hours of traffic jams in the city. Congestion free roads led to saving of time for the people. With this expressway, distances between major connecting cities have also shortened. This helped in increased savings of fuel up to 30, 000 litres per day and also time engaged earlier in covering larger distances.

It serves as a medium to connect these cities and facilitate smooth movement of heavy industrial traffic all along its long stretch. Hence, it is highly beneficial in building the commercial, industrial, as well as residential blocks in the city.


Explore more about About Panipat