Like the First Battle of Panipat, this battle was also a clash of titans. In Second Battle of Panipat, on one side, there was the massive Army of last Hindu ruler in northern India, Samrat Hemu while other side had the small forces of Akbar led by his guardian and army commander Bairam Khan. This battle changed the course of politics in India for a long time through its significant events.

What led to the Second Battle of Panipat:

After the demise of Humayun in January 1556, his young 13 years old son Akbar was made the emperor of Mughals at Kalanaur in Punjab. That was the early phase for dominance of Mughal Dynasty as it was limited to few areas of Punjab and Delhi along with Kabul and Kandahar.

In the turn of events on other side, Hemu was progressing towards Delhi after succeeding over the majority of Northern India. This Rewari born warrior from Haryana was the Prime Minister and Commander of Adil Shah and won for him 22 battles crushing the revolt from Punjab to Bengal during the period of 1553 to 1556. He compressed the rebellion of Mohammad Shah, the ruler of Bengal in 1556 when Humayun died and soon after Hemu desired to capture the throne of Delhi for himself. 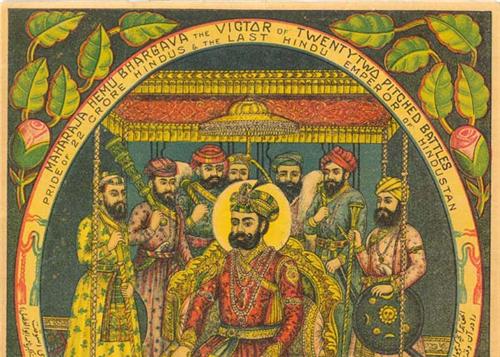 Then began the series of a fresh rebellion led by Hemu and supported by his brave commanders across the North India. One after another, his forces captured the important territories and marched ahead in this region. Terrified by his strength, Akbar’s forces receded from Agra without fighting by the time Hemu and his forces reached there. This integrated a major portion of Etawah, Kalpi, and Agra under the control of this Hindu ruler. At Gwalior, he added to his strength by inducting more Hindus in his forces.

To continue his winning spree, Hemu then moved towards Delhi and positioned his forces outside Tughlaqabad. A severe battle took place between both the armies and Akbar’s Commander Tardi Beg fled from battlefield. This was a historic moment for Hindu rulers as Hemu overturned the throne of Delhi after 350 years of Muslim rule in entire north India. His coronation was held at Purana Qila on 7th October 1556 and he was called the Samrat Hem Chandra Vikramaditya from then.

Overview of the Second Battle of Panipat

These developments at the heart of India perturbed Mughals seated at Kalanaur in Punjab and Kabul. Hemu had huge army and thus, Akbar was suggested to return back to Kabul instead of giving him a fight. But Akbar’s commander, Bairam Khan refused this proposal and decided in favor of a war against Hemu. Then came the historic day of November 5, 1556 when second battle of Panipat was fought on this land. Though Akbar and Bairam Khan did not participate in this battle, it was an irony of fate that Akbar’s forces were fighting for savior of their empire on the same battlefield where his grandfather Babur laid the foundation of its establishment before 30 years. 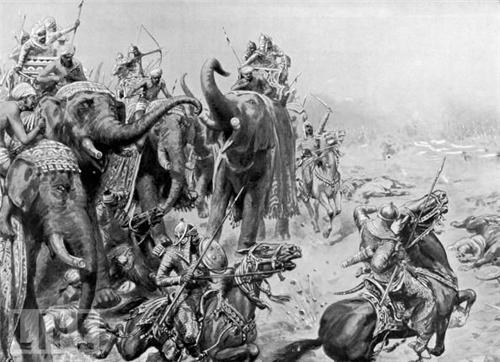 Led by Hemu, his forces included huge artillery and 1500 war elephants along with 30, 000 brave Rajput and Afghani warriors. These elephants played a significant role in routing Mughal forces and breaking their lines. Mughal vanguard consisted of 10, 000 men including 5000 veteran soldiers. They were giving tough fight to Samrat’s forces when suddenly Hemu got struck in his eye with an arrow. He fainted and fell from his seat on Howdah of his elephant. This confused his forces that could see their commander and thus panicked. It eased out the task for Mughals who finally got victorious in this battle.

This battle which was apprehended to be one sided from the beginning, witnessed a sudden turn of events. This was the strategic planning of Akbar’s veteran commander Khan Zaman I. Aware of the fact that Hemu would be covered with his armor on full body except his eyes, Khan Zaman sent some of his brilliant archers shielded by swordsmen to get close and target the eyes of Hemu. Several failed attempts finally led to success when an arrow exactly hit the mark and made him fall down. This point decided the fate of this battle. 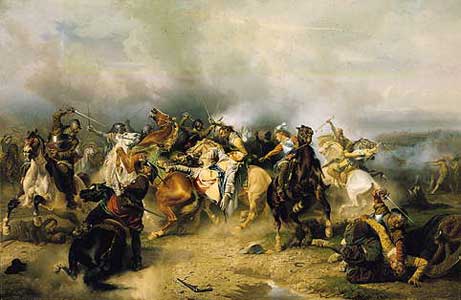 Consequences of Second Battle of Panipat

After the finish of this battle, Samrat Hemu was caught by Shah Quli Khan Mahram and taken to the camp of Akbar located 8 miles away from battlefield in present day Saundhapur village in Panipat. Bairam Khan insisted Akbar to behead Hemu with his sword to attain the title of Ghazi (one who slays the enemy of Islam). But Akbar refused to attack an injured and defeated enemy. Miffed by his refusal, Bairam Khan himself beheaded Hemu’s body. Later, Hemu’s head was sent to Kabul to be hanged in front of Dilli Darwaza while his torso was displayed at Purana Quila in Delhi.

What followed after this battle were the most trying times for Hindus in north India who were targeted and executed on orders of Bairam Khan for many years. This battle reinstated the powers of Mughals in India and in fact, made them stronger than ever. Agra and Delhi went to Akbar without much resistance while it took around 8 years to recapture the provinces of Punjab and Bengal.

At the place in Saundhapur village of Panipat where Samrat Hemu was beheaded, his followers built a cenotaph called Hemu Samadhi Sthal for their ultimate war hero.